Which of These Are Your Favorite French Bulldog Memes?

Which of These Are Your Favorite French Bulldog Memes?

Who doesn’t like a good meme?  Here are some of my favorite French Bulldog Memes that I have seen.  Some are funny French Bulldog memes, others are just plain cute.  Enjoy these memes and I hope that they mike you smile!

Here are some French Bulldog Memes for your enjoyment:

If you have a Frenchie you know they tend to be a little stubborn, strong-willed, and challenging to train.  When I first saw this French Bulldog meme I laughed out loud with how on point it was.  Training my Frenchie to sit, stay, lay down, etc was an uphill battle to say the least.  I hope you get as much of a kick out of it as I did!

I Am a Frenchie Meme

This one is pretty funny.  Frenchies often get confused for Boston Terriers.  They love to act like goofballs.  They are tiny dogs but have huge personalities.  People not in the know think they are English Bulldogs.  Frenchie owners are a unique breed.  We all know that French Bulldogs are amazing little fur-balls that we love. 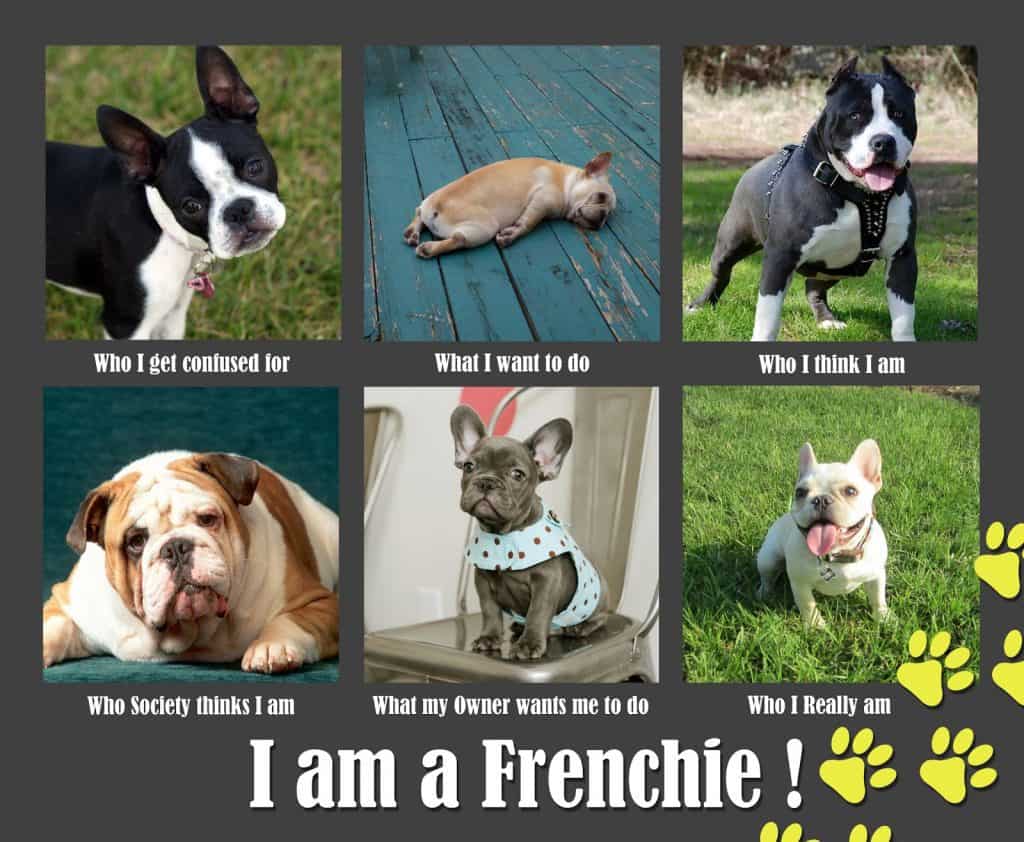 I am currently on a diet so I can relate to this meme.  I always have the best intentions to eat well and stay true to the nutrition plan I have set out on. But…… life gets in the way sometimes.  🙂 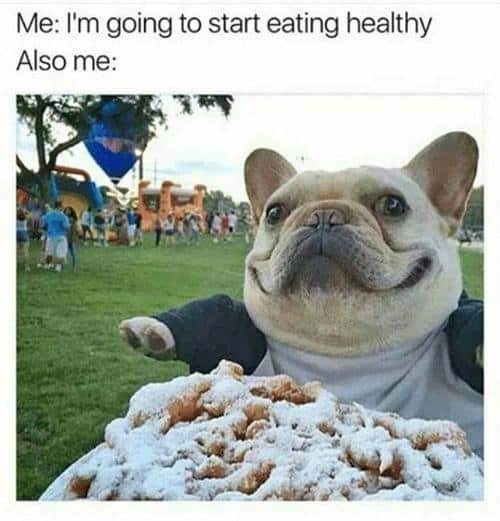 Just because Frenchies have big ears doesn’t mean they listen to us humans all the time. 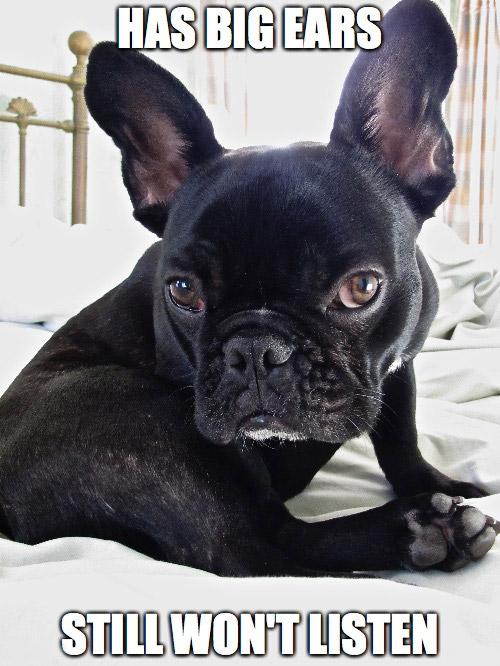 This one is pretty self explanatory and is a favorite of people who like to sleep in.  I’m a morning person however and so is my little Frenchie so we don’t relate. 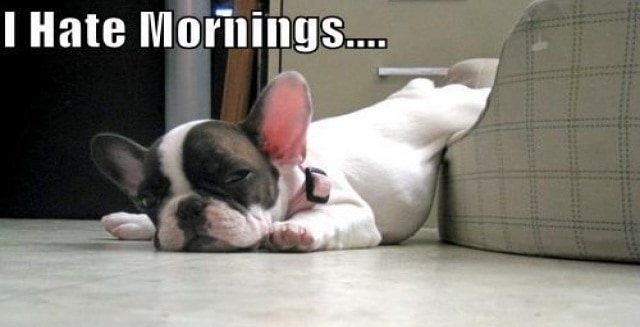 LOL!  No explanation need – this is just funny. 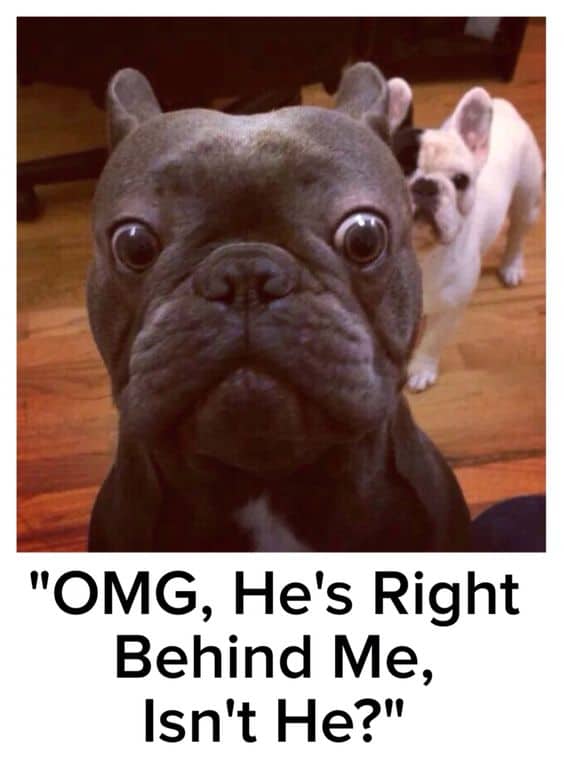 “Those ears!!!” When I first got my Frenchie and started posting pictures of Augie the most frequent comment I saw was people posting about my little guy’s BIG EARS.  Those Frenchie Bat ears are a calling card for the breed and this meme calls that out. 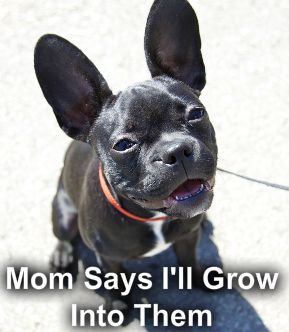 I wish this one was bigger but, hey it is what it is.  This one speaks to the BIG personality out little Frenchies have. 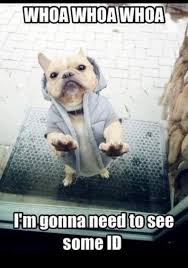 Silence Is Golden Unless You Have a Baby Frenchie Meme

I think any French Bulldog owner who got their Frenchie as a puppy can relate to this one.  I would be in my home office and then all of a sudden the house was quiet.  Augie would be down the hallway getting himself into some Frenchie trouble. 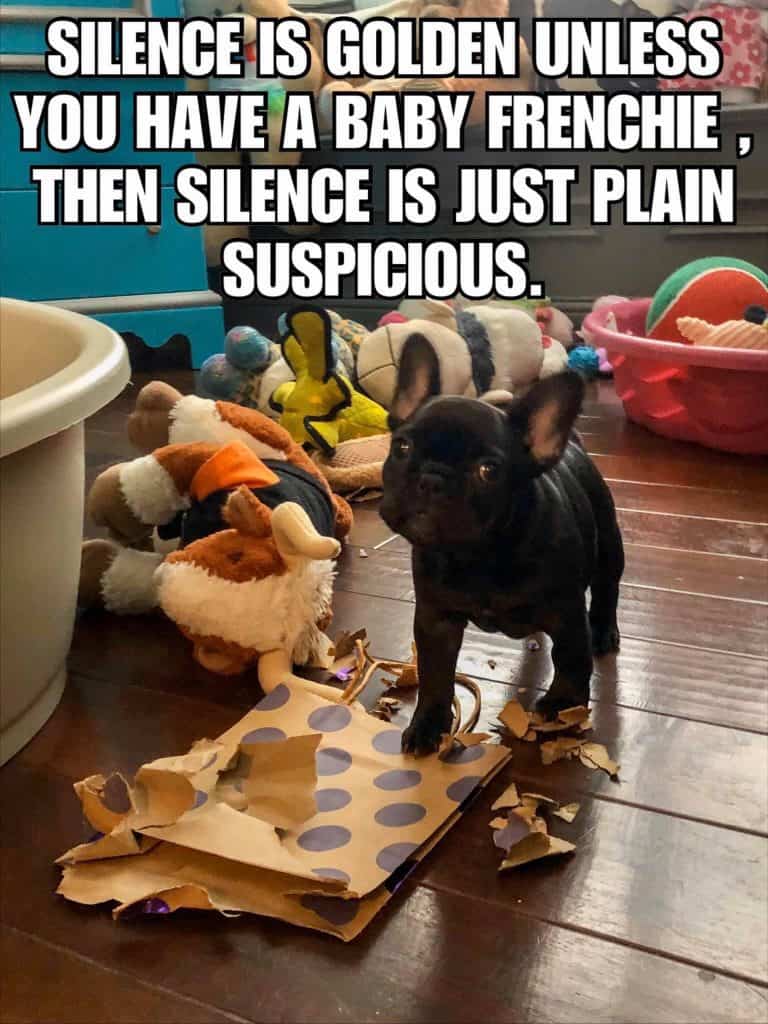 Frog Said You Were Fat So I Ate Him Frenchie Meme

Any Frenchie owner can relate to this one.  We have had many a chew toy lose an eye, leg, or arm at the fancy of my French Bulldog during a chewing fit. 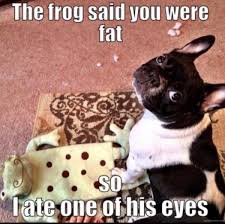 There’s No Need To Repeat Yourself, I ignored You The First Time

This is a new favorite French Bulldog meme of mine! Lol!  My little guy has given me this look all too many times. 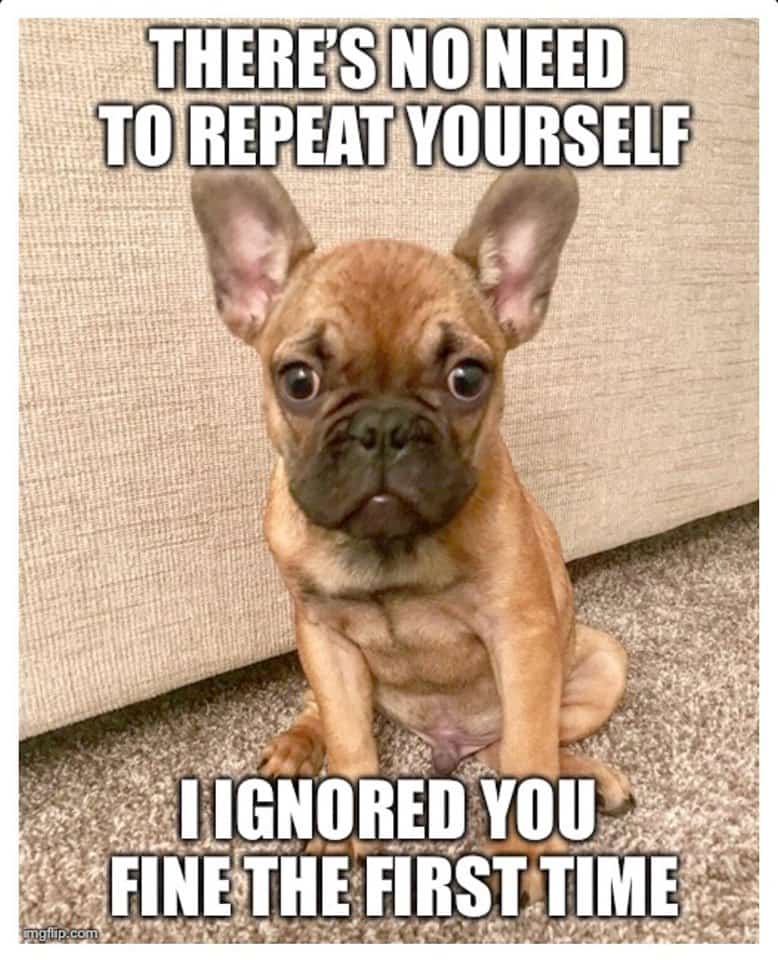 This one I have seen posted on Facebook and Instagram repeatedly.  Any day an adult human is not feeling up to real life they should post this on their newsfeed. 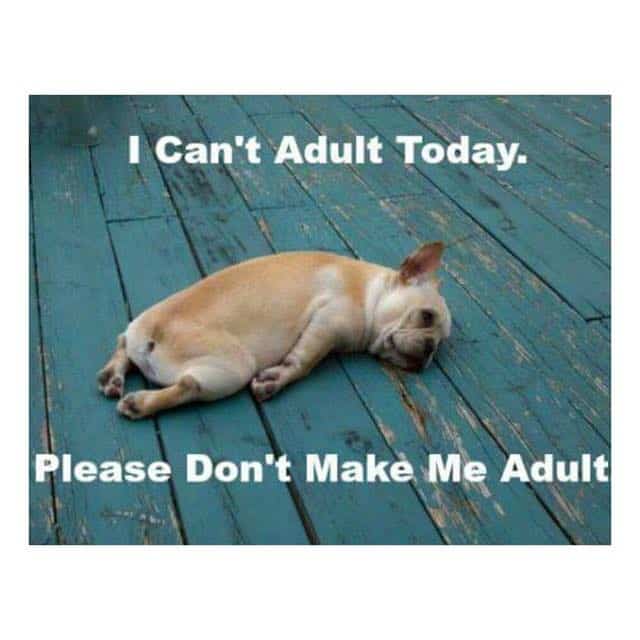 My little Frenchie sure does love to sleep!  So doesn’t my girlfriend so I thought this one was fitting to share as well. 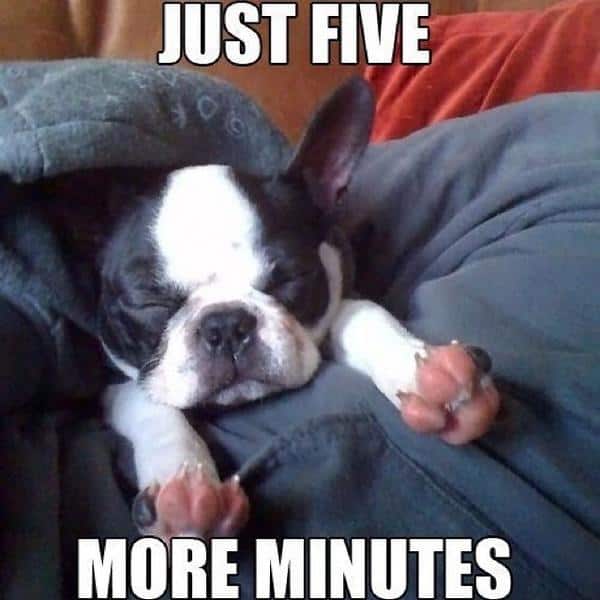 The older I get the more I can relate to this meme.  Few and far between are the late Friday nights out on the town. 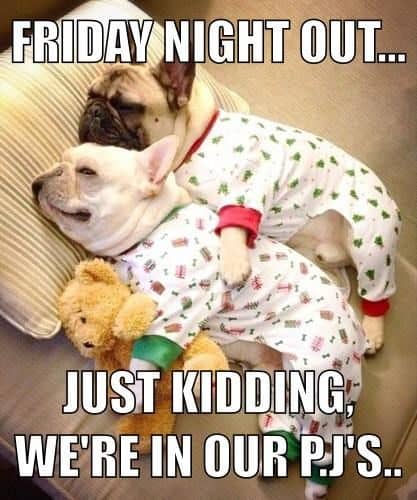 Let Me In I Have To Poop French Bulldog Meme

When I first got my Frenchie it was the dead of Winter and he really disliked going to the bathroom outdoors.  He would beg to come back inside and quickly find a warm spot to go number two in the house.  Fail. 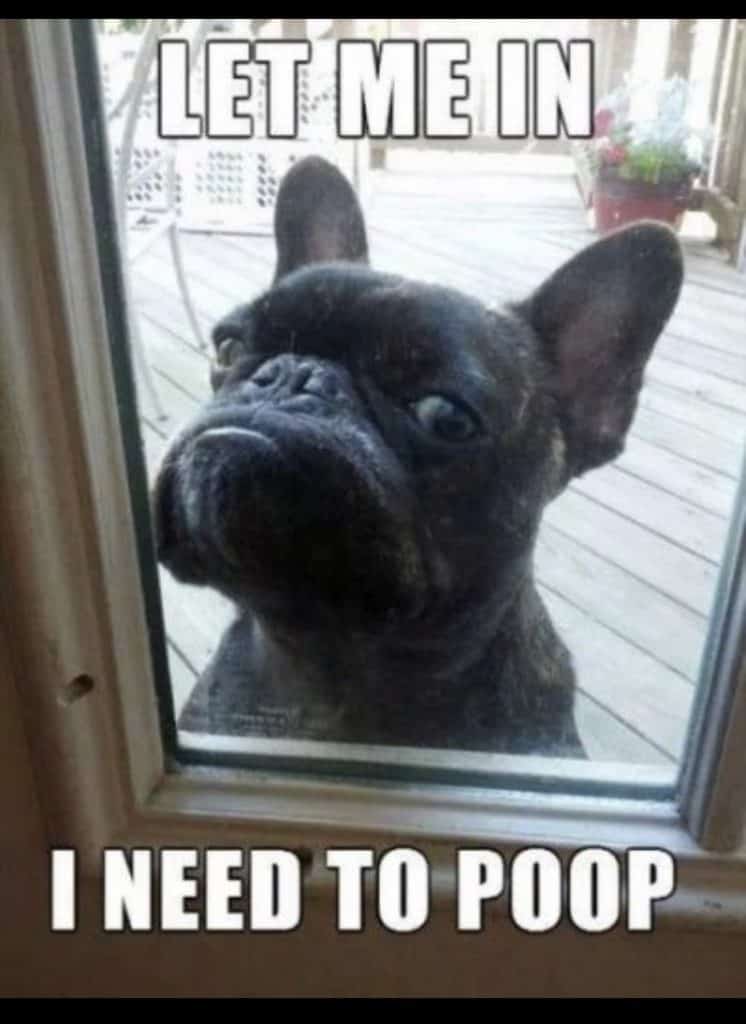 This one was just too adorable not to share. 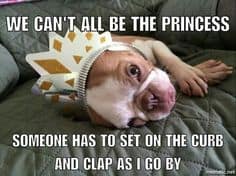 I died laughing when I saw this one!   Hilarious and adorable. 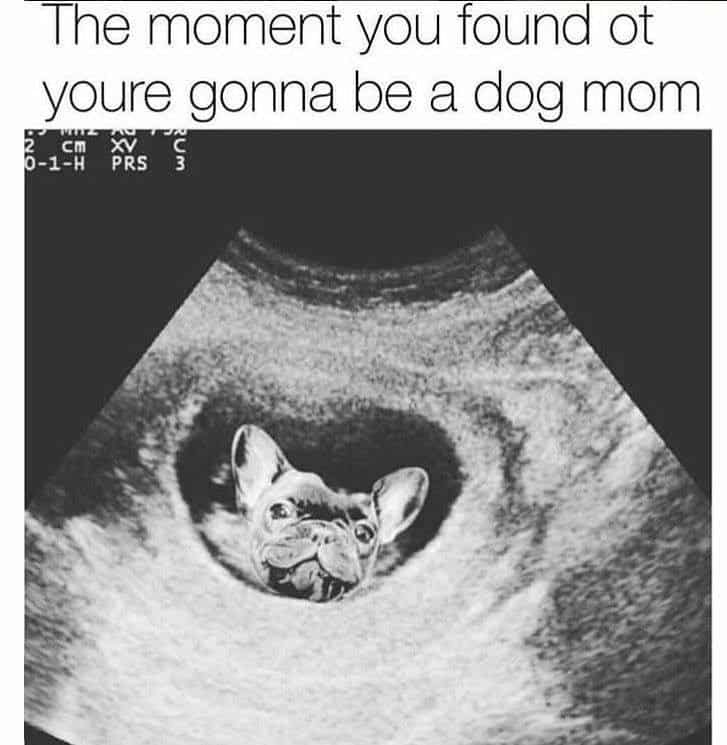 If you have a Frenchie you know they tend to be a little stubborn, strong-willed, and challenging to train.  When I first saw this French Bulldog meme I laughed out loud with how on point it was.  Training my Frenchie to sit, stay, lay down, etc was an uphill battle to say the least.  I hope you get as much of a kick out of it as I did!

Kyle has been a bully breed lover for over 13 years. His newest dog is Augie the Frenchie. His mission is to share his French Bulldog experiences so other Frenchie owners can give their dog a great life.
PrevPreviousThe Many Doggy Day Care Benefits For Your French Bulldog
NextWhat’s the Best Dog Food Container? a Guide to Your Top OptionsNext