When you think of a French Bulldog, your first thought is either how cute they are, or how ugly they are – there is no in between. Having said that, the French Bulldog is generally adorable, with its perky ears and flat snout. Whilst the latter isn’t necessarily good for your pet pooch, they are known for their flat face.

If you are looking to buy an adult French Bulldog, or you just have a particular interest, then you have come to the right place. In this article we shall take a look at where the French Bulldog came from, what they are like, and how to look after one.

So, without further ado, let’s get started!

Where Did the French Bulldog Come From? The French bulldog was first bred in the 1800’s. by lace workers who wanted a smaller, more compact version of the larger English Bulldog.  They were very small and had short legs. In fact, they looked like little pugs with big heads and large ears.

In the 1800’s, the French bulldog was considered an aristocratic pet. People would buy them just so their children could play with them.

They were also used as guard dogs – which is probably quite hard to imagine! Who would be scared of such a cute thing? (They do have a loud bark for their size).

Some have long ears while others don’t. Most people think of the French bulldog as having a black coat, but there are many other colors available.

Originally, What Was A French Bulldog Bred For?

Back in the day, the French bulldog wasn’t bred for anything specific. It was simply a dog that was kept around because it was cute. They were originally a “toy dog” for rich aristocrats.

However, by the early 1900s, the breeders began selecting for certain traits. The most common ones included:

A French bulldog has a long body with short legs. Their fur is usually black, brown, red, cream, or tan. Some French bulldogs will have white markings on their chest. Their hair is fairly thick, making them a great companion for cold weather climates.

However, if you live somewhere warm, you may want to consider getting another type of dog. Their heads are relatively small compared to other breeds, though it looks large compared to their own body. They have roundish faces with wide foreheads.

Their ears are typically perky and look alert all the time. They also have a high set tail.

How Do I Care For My French Bulldog? Here are a few tips to looking after your French Bulldog:

Instead, stick to bathing him only once a month, or when he gets muddy, and make sure you are using a dog safe shampoo.

Human shampoo is too harsh on a dog’s skin. This will cause him to have skin and hair issues. Also, there is absolutely no need to use a conditioner.

Be sure to take care to keep their nails under control.  I personally use this nail grinder to keep my frenchie’s nails trimmed.

Your French Bulldog needs to eat a diet that contains at least 30% protein each day. This means you should feed him two meals a day that contain 15% of his protein intake each.

When feeding your French Bulldog, make sure to give him plenty of water.

He should drink about 1/2 cup of water per meal. If you want to add some extra vitamins to his diet, try giving him a multivitamin supplement.

However, if you do add any supplements to your dog’s diet, always seek a vet’s advice first.

It’s important to worm your French Bulldog. Worming helps prevent worms from developing inside your dog. You can purchase worming tablets at your local vet. Follow the instructions carefully.

It’s recommended that you get your French Bulldog vaccinated against rabies, distemper, parvo, and hepatitis. You can visit your veterinarian for these vaccinations.

A lot of French Bulldogs love toys. However, they don’t usually require many toys. Instead, you should provide your French Bulldog with a chew toy. These are great for chewing on and keeping him occupied.

You can buy a variety of different types of chews.

Some of these include bones, rope, rubber, and rawhide. Keep in mind that it’s best to avoid buying toys made out of plastic. They can become dangerous after being chewed on by your French Bulldog.

Regular exercise is essential for maintaining good health. Exercise will help your French Bulldog stay active and energetic. Regular walks are an excellent way to exercise your dog. You can take him for short walks every day.

Alternatively, you can go swimming with him.

If you choose this option, make sure to supervise your French Bulldog closely. You should never leave your dog unattended in the pool.

Take Your Dog To The Vet

Taking your dog to the vet is very important. This is especially true if your dog has been sick recently. Your dog may need a physical exam before returning home. Most importantly, you should check your dog’s ears regularly.

If your dog has had an infection in the past, you should speak to your vet about getting treatment.

However, you shouldn’t feed your French Bulldog any type of food unless you know what kind of diet he needs.

Dogs need specific nutrients such as protein, carbohydrates, vitamins, and minerals. These nutrients come from their diets. It’s best to consult with your vet before feeding your French Bulldog if you are unsure of their diet.

He can advise you on the best diet for him. In addition, you should always feed your dog at meal times. This will ensure that he doesn’t overeat.

The French Bulldog is a popular pet among families across America. However, there are some health concerns associated with owning one. Here are a few of them: This condition occurs when the hip joint doesn’t form properly in puppies. It leads to pain and stiffness in the hips. The eyes of a French Bulldog can become cloudy. This happens because the eye muscles don’t work well together.

This disease affects the heart muscle. It can lead to congestive heart failure.

This disease affects the brain. It can result in seizures. A French Bulldog that eats more than usual will gain weight.

The skin of a French Bulldog may develop sores.

This gland produces hormones that regulate metabolism. When it malfunctions, it can affect the thyroid gland.

There are many types of cancer. Some of these include lymphoma, osteosarcoma, and hemangiosarcoma.

Why Are French Bulldogs Expensive? A French Bulldog puppy costs between $1,000 and $2,500. They have a large amount of care requirements, which makes them expensive pets. They require constant attention, training, and grooming. They also need regular veterinary visits.

They are prone to certain diseases, which means they need special medical treatments. All of these factors contribute to why they cost so much.

How Much Does it Cost to Own a French Bulldog?

Owning a French Bulldog isn’t cheap. You must take into consideration all of its expenses. Puppies cost approximately $2,500-$4,500. Then, you must add up other costs like food, toys, treats, vet bills, etc.

This can easily total around $5,000 per year. This doesn’t even account for the time and effort required to train and groom your dog.

You can expect to spend anywhere from $100-200 per month on this breed. If you want to own a French Bulldog, make sure you budget accordingly.

What Is The Life Expectancy Of A French Bulldog?

French Bulldogs live an average lifespan of 12 years. However, this varies depending on how healthy they are. Their life expectancy depends on whether, or not, they get sick. Sick dogs tend to die sooner than healthy ones.

If they do get sick, then they usually succumb to illnesses like diabetes, kidney problems, and heart disease.

Final Thoughts – How To Care For a French Bulldog

A French Bulldog is a lovely dog to own. They are affectionate, loyal, and intelligent. They are also very energetic. However, they aren’t easy to maintain. Their needs are high, but their lifestyle is low. They require lots of exercise, love, and attention. They also need plenty of sleep and rest.

As long as you keep these things in mind, you should be able to enjoy your French Bulldog for many years. Thank you for reading! 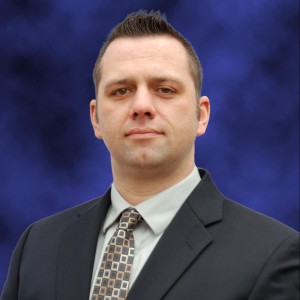