A wet nose on a dog is a healthy nose.  My last dog Noble (also a Bulldog) always had a dry cracked nose especially as she aged.  I didn’t want this to happen to my French Bulldog Augie so I researched dog nose butter and snout butter to help protect his nose from the harsh New Hampshire Winters and more.

It has been said that a wet nose on a dog is a healthy nose.  It is perfectly natural for your Frenchie’s nose to get dry while he is sleeping.  Going all night without naturally moisturizing his nose by licking will do that.  Upon waking most dogs will lick their nose and it will be wet again in no time.

Dog hyperkeratosis is a skin condition in which excess keratin is made.  It can affect their nose and foot pads.  It can be a hardening or increase in thickness.   This can eventually lead to excessive drying and cracking. 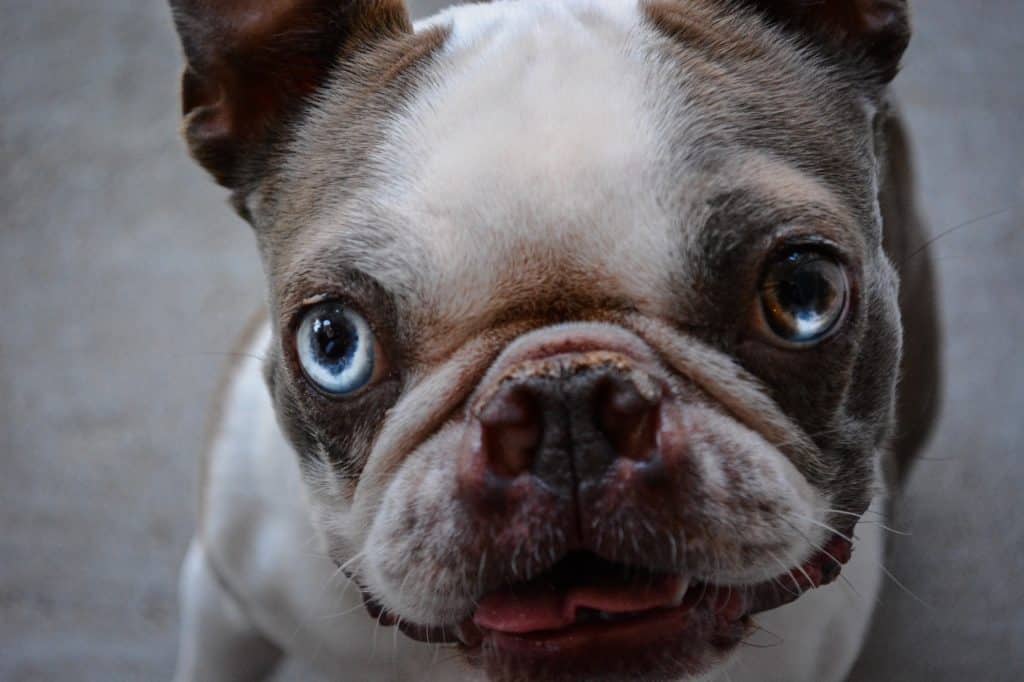 French Bulldogs are Brachycephalic dog and thus have short snouts.  Since Frenchies have short snouts they can have difficulty licking their nose. Applying some nose butter or snout butter can help moisturize it and keep it from drying out.

Winter Can Be a Challenge For Your French Bulldog’s Nose

I live in New Hampshire and we have some tough Winters here in the Northeast.  Sometimes I even wake up with a dry, scratchy throat this time of year.  The flow of warm dry air from the heating vents can cause this.  This warm, dry air in your house can have the same outcome on your French bulldog’s nose. The location of your Frenchie’s dog crate especially if it is near a vent may be something you want to consider.  You may want to move his away from the vent if your Frenchie is having dry nose issues.

Winter in and of itself usually consists of low temperatures and cold air.  You want to keep your Frenchie protected during the harsh Winter in as many ways as you can.  The cold air and blustery Winter winds can contribute to a dry nose for your Frenchie.  Getting dry and chapped lips can happen to you just as easily to your French bulldog’s nose. 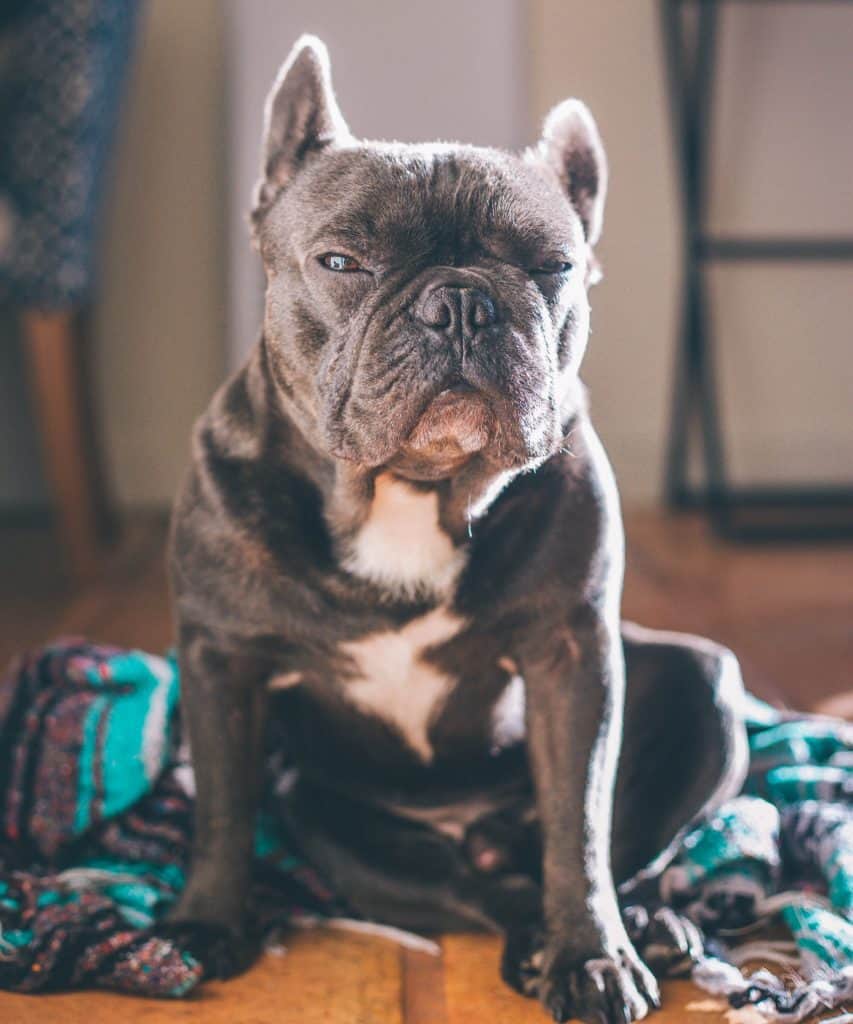 Older French Bulldogs Can Be Prone To Dry Nose Issues

How Does Nose Butter and Snout Butter Work?

Nose Butter also known as Snout butter is a moisturizer that helps to protect and condition your French bulldog’s nose.  After applying the nose butter some of the natural oils soak in to your dog’s dry nose.  The heavy shea butters absorb into your dog’s nose and the combination helps bring extra moisturizing benefits.

What Are The Best Dog Nose Butter and Snout Butter Options?

In my research I found there are a bunch of great nose butter and snout butter options available to help keep your French Bulldog’s nose from getting dry and cracked.

After experimenting with the dog nose butter I found some tips that are helpful in how to best use it and apply it.

As I stated above “a healthy nose is a wet nose.”  A good dog nose butter / snout butter can help to keep your dog’s nose moisturized and protected.  It is perfect for a Frenchie who has to experience cold Winters, or an aging French Bulldog who could use a little extra help keeping their nose healthy.  The dog nose butters above should help quite a bit!

Kyle has been a bully breed lover for over 13 years. His newest dog is Augie the Frenchie. His mission is to share his French Bulldog experiences so other Frenchie owners can give their dog a great life.
PrevPrevious7 of the Best Puppy Cameras to Buy for Your French Bulldog
NextHelp! My Dog Has Dry Nose – Nasal Hyperkeratosis and Your FrenchieNext